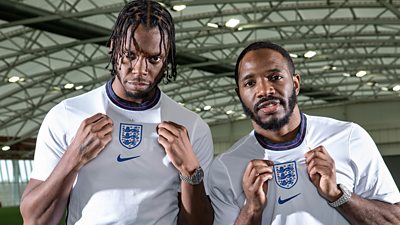 Our documentary, Krept & Konan: We Are England picked up in the Best Original Content category at the Broadcast Awards. The show follows the Rap Game UK hosts around the country in the run-up to the 2020 Euro championships, as they attempt to write an anthem for the England team.

Produced by COPA90, Acme Films and sports content specialist Ten Toes Media, the hour-long film sees the hip hop duo take abstract concepts such as patriotism and national pride and make them tangible by approaching them through the lens of rap culture, in order to write a song reflective of modern England.

The pair receive assistance from other British rap artists and gain behind-the-scenes access to the England squad and manager Gareth Southgate, who points to the team’s youth and diversity as a reflection of what England looks like in 2021.

One judge said it was “refreshing” to see two young Black men navigating what it means to be English now, and commended them on how they tackle a very difficult topic.

“An eloquent and timely piece on racism and patriotism,” said another judge.

“Fantastic access to the England team, which is no mean feat, especially in a Euros year. Krept and Konan were engaging and self-assured as they tackled sometimes difficult topics with heart and honesty,” said a third.